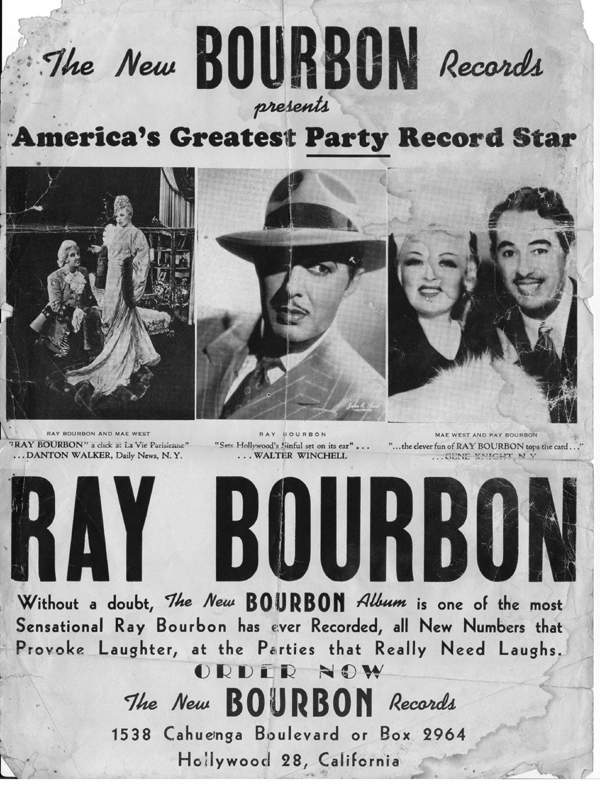 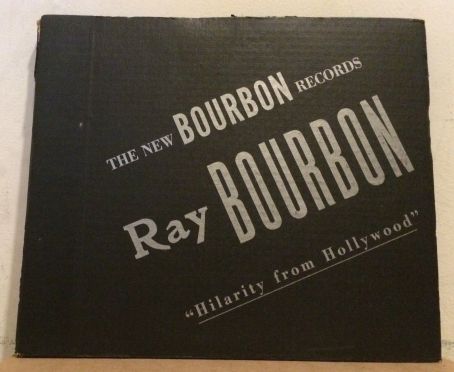 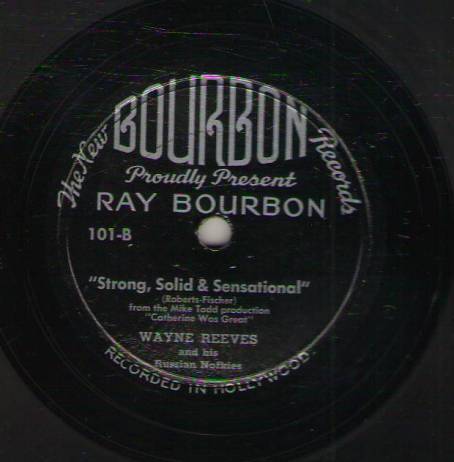 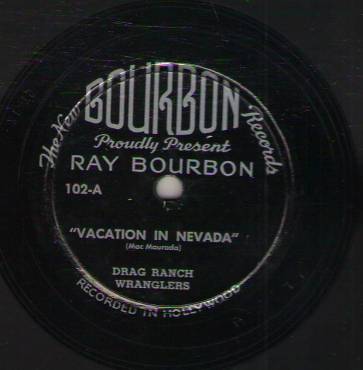 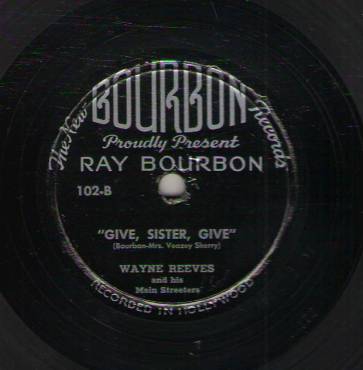 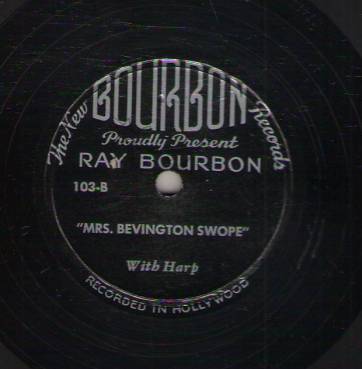 100-A  Mrs. Tom Maynard’s Chickens
100-B  Mrs. Tom Maynard’s Dogs
Identified on the label as being by Bill Barclay, the record features Barclay in two routines with Ray.  Barclay was a friend of Ray’s in Hollywood who would make prank phone calls to Hollywood insiders and Ray discussed the pranks in his memoirs.  This disc recreates two of Barclay’s phone pranks with Ray playing the prank “victim”. 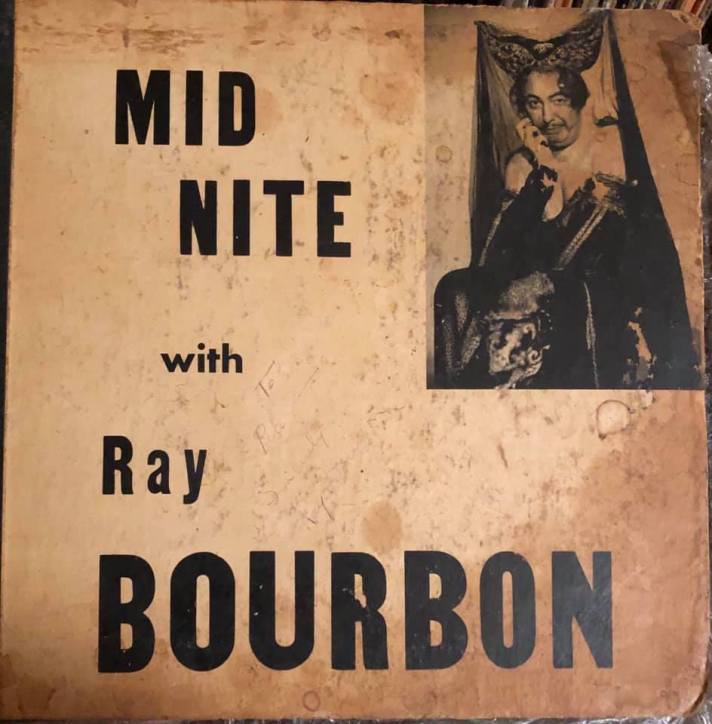 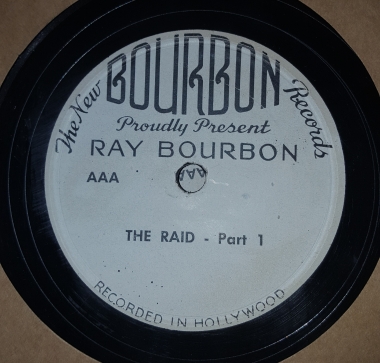 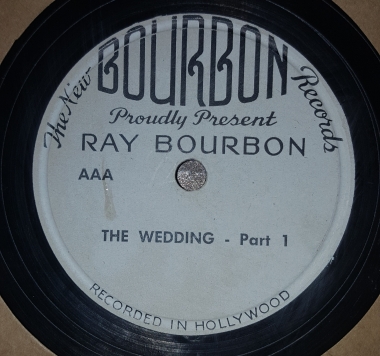 Album set Mid Nite with Ray Bourbon.  Includes the 78s for “The Raid” and “The Wedding”.  Autographed by Ray.  Image courtesy of Charles C. Cage. 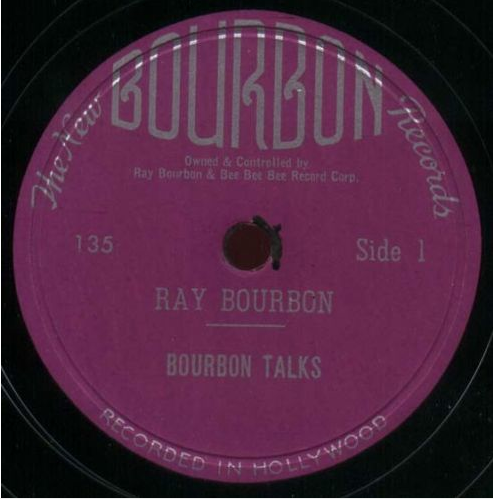 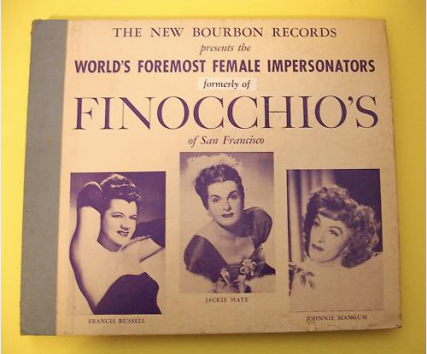 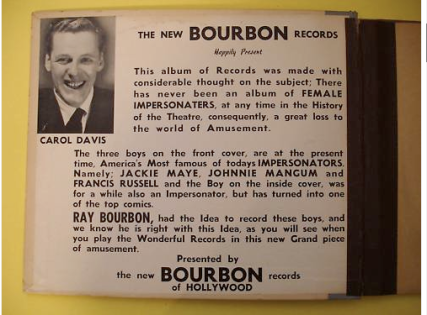 This ten-inch 78 record set sold at auction on eBay in 2015.  Only the first side of the set features Ray.  All sides have purple labels with silver printing.