Ray would find another outlet for his talents after the demise of vaudeville. Beginning with the Pansy Clubs that opened in New York in December 1930, nightspots featuring female impersonators and Gay performers began springing up in San Francisco, Los Angeles, and Chicago. The clubs, sometimes catering to an exclusively homosexual clientele, at other times to mixed or exclusively straight patrons, attracted steady business with a mix of songs and comedy that went beyond the simple gags of men in dresses that might be seen in vaudeville to humor examining and celebrating aspects of Gay life and gender identity.

Articles in Variety, discussing the growing popularity of the clubs, document Ray working at BBB’s Cellar and Jimmy’s Back Yard in Los Angeles.  Ray even modeled spring fashions at a high-class department store in Bakersfield.

A few months later, authorities began cracking down on the establishments, enforcing laws that prohibited individuals in drag at nightclubs unless they were employees. Because of the police raids, Ray moved his show, “Boys Will Be Girls”, to Tait’s Café in San Francisco, headlining in May 1933 as “Frisco’s first pansy show”. The revue succumbed to a series of police raids, the first of which happened to be carried live on the radio – a local station had decided to broadcast the show, apparently unaware of the intentions of city authorities to raid the club. As the crackdowns continued, some performers, including Ray, stopped appearing in drag. 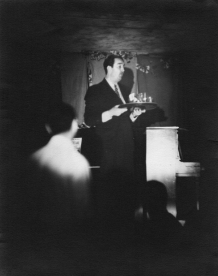 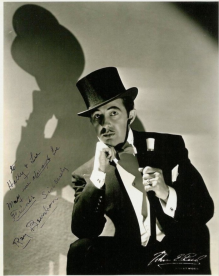 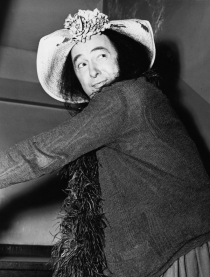 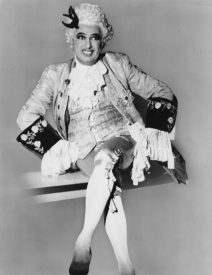 Throughout the 1930’s, Ray would settle into songs and routines that would be the mainstay of his work for the next thirty years. Although he had a house in California, Ray spent most of his time on the road, traveling from one spot to another, appearing wherever the work would take him, from Miami to Chicago, Kansas City, Salt Lake City, and points between. Although Don Romesburg, who researched a thesis on Ray’s life, found considerable documentation for Ray’s appearances all over the country, Ray’s appearances in Europe, Asia, and the Middle East, discussed at length in his memoirs, have yet to be fully confirmed.

About 1934, Ray would meet Bob Wright and “Chet” Forrest. At Auby’s Lagoon, a popular nightspot in Miami, Chet was working as an accompanist and was called on to play for Ray during an audition. Ray hired Chet as an accompanist and took the neophyte pair on a wild cross-country trip in the Spring and Summer of 1935, eventually helping them find work in Hollywood, the big break the young songwriters were looking for. It was the beginning of an eventful and rocky friendship that would last until the end of Ray’s life.

Bob and Chet wrote songs for Victoria Spivy and Ray during this period, but Bob is quick to point out that their contribution to Ray’s act paled in comparison to what Ray would eventually do with what they had written. “Our material became diminished by the brilliance of his improvisations,” Bob said, as Ray used the songs as a springboard for his own unique looniness. Songwriter Bart Howard (“In Other Words” aka “Fly Me to the Moon”) would succeed Chet as Ray’s accompanist.

From 1935 through the early forties, Ray would record with Bob and Chet, Howard, and other musicians in a series of sides released under various small labels such as “Bourbana”, “Liberty Music Shop” and “Imperial” (not related to the R&B label of the fifties). Like other “blue” party records of the period, they were sold at Ray’s shows, through mail order, and “under the counter” by discrete record dealers. A surprising number of Ray’s records were pirated under anonymous labels and many were pressed in small quantities for use in jukeboxes in adult establishments such as bars and nightclubs.

Ray became a big draw on the West Coast, headlining at Finnochio’s in San Francisco, perhaps the most well-known drag club of the pre-Stonewall period. He ran a club, the Rendezvous, in Los Angeles, where he starred in his own revue, “Don’t Call Me Madam”. The future “grandfather” of the Gay rights movement, Harry Hay, recalled working for Ray in his nightclub on the Sunset Strip. In The Trouble With Harry Hay , his biographer notes that Hay worked as a “shill”, a “covert” member of the audience that would provide lines for Ray to bounce improvisations off of. Several sources indicate that Ray’s shows on the West Coast were regularly attended by a number of celebrities of the day, including Bob Hope and Bing Crosby who reportedly often referred to “being at Bourbon’s” the night before in their radio programs. 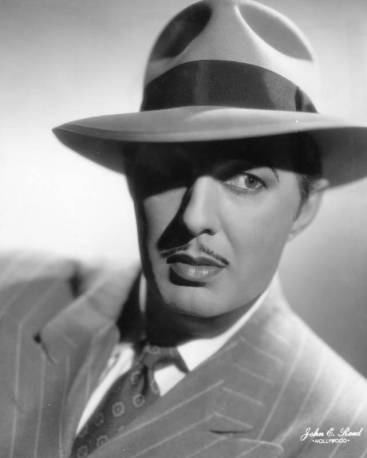 Ray was one of the few female impersonators of the era to take his work beyond nightclubs, producing his own revues in legitimate theaters to bring his career closer to respectability. His Insults of 1944 and This Is It were featured at the Playtime Theatre in Los Angeles. He even took Don’t Call Me Madam: A Midnight Revue in Time to a sold out crowds at Carnegie Hall. Robert Sylvester, writing in the New York Daily News noted, “…you could hardly claw your way thru a mob of very spectacular characters who bought out Carnegie Hall. They turned out, one and all for the gayest recital of the season … Even Bourbon, who at one point wore a costume which made one think of Spivy riding side-saddle, admonished the audience at intermission. “Go out and gossip on the stairs … Don’t go in the street. They watch this joint closely.””

Although Ray’s shows were popular in their own right, his comedy was too risqué for a more mainstream audience. Ray did have opportunities to work on the legitimate stage through his friend, Mae West. West, who may have gotten to know Ray in her vaudeville days, cast him in her 1944 production Catherine Was Great. (Ray recorded one of the show’s numbers, “Strong, Sold, and Sensational” on his own label.) Appearing in New York’s Shubert Theater and in Baltimore, Pittsburgh, St. Louis and other cities, the show garnered good reviews for Ray’s small part as Florian, a “swishy” court tailor. West also hired Ray for her revival tour of Diamond Lil, which ran in Montclair, Denver, and Central City, Colorado, among other cities, from 1948 through 1950. Ray was featured in the show as “Ray” as a “pansy shoplifter” in a part written especially for him.