In the mid-1990s, on a hunch, I sent a public records request to the Federal Bureau of Investigation to see if the agency might have a file on Ray Bourbon.  With Ray’s many travels, his high profile as a performer, and notoriety for his arrests for dressing in drag, I wondered if the FBI might have kept an eye on him.  The agency did keep a watch on several figures in the pre-Stonewall gay rights movement for supposed ties to communism.

After a couple of years, I didn’t hear any response.  So, I sent off a letter to Congressman Barney Frank, asking for his help in getting the request processed.  Indeed, just a few weeks later, a photocopy of Ray’s redacted FBI file showed up in an official government envelope.

The file, around 25 pages, started out innocently enough.  In December 1961, he was appearing at Sherry’s Show Bar in Baltimore, Maryland, when his passport, along with other personal effects, were stolen from his dressing room.  Then, things got interesting.

Ray, described in the FBI memos as a “notorious female impersonator”, contacted the Detroit office of the FBI in September 1960.  Ray, hearing about two gay Russian defectors in the news, called the office to tell them that he attended a party where they were present in the spring of 1960.

In the FBI interview, the agents grilled Ray on the people he knew at the party and their associations, particularly his accompanist, who was accused of being a communist.  He mentioned that he had attended parties at the residence with his former vaudeville partner.

Ray went on to give information about himself, including the facts that he had been married twice, had a son who was 43 years old, and that he was born in 1892 in Texas.  (Ray claimed that he got friends to change his birth records to indicate he was born in 1902 so he would be eligible to enter the armed services in World War II, but he was unsuccessful in this.). He discussed his work with Mae West and that “He hopes to get one more Broadway credit to his name before he dies.”

In 1954 he found out he had cancer and went to Mexico where he had a “Christine Jorgensen operation”.  BOURBON laughingly stated his reason for having the operation was different than was Christine’s, in that he had wanted to save his own life.  Since the operation, he has billed himself as RAE BOURBON since actually is now bi-sexual.

Ray provided photographs taken at a gathering where the two defectors were present.  The follow-up investigations looked at identifying individuals in the photographs and further digging into the backgrounds and sexuality of various people at the party and associates of the defectors and the communist sympathies of Ray’s accompanist. 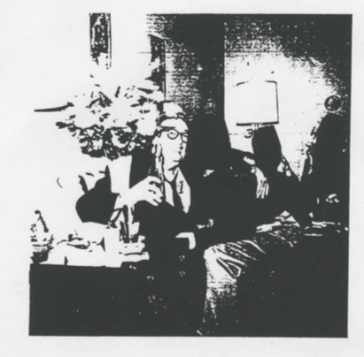 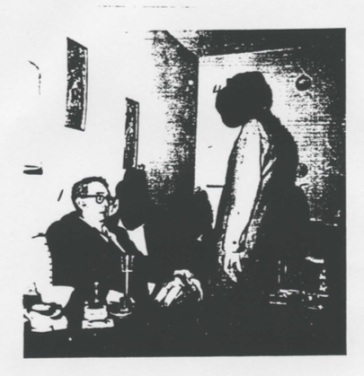 The truth, like many aspects of Ray’s life, is a little more complex and revealing about the times Ray lived in.

The defectors were William Martin and Bernon Mitchell, two National Security Agency cryptologists.  Long-time colleagues, they both served in the Navy together in the 1950s and joined the NSA on the same day in 1957.  In 1960, they defected to the Soviet Union, holding a press conference denouncing US encroachment on foreign airspaces and other actions they felt contributed to the potential for nuclear war.

Internally, the NSA, seeking a motivation for the defection, depicted the pair as homosexual.  Attorney General William P. Rodgers thought they were part of an “organized group” and that the Soviets were assembling lists of homosexuals in government for blackmail.  A few days after the defection, Congressman Francis E. Walter, chairman of the House Un-American Activities Committee (HUAC) told the press that Martin and Mitchell were “sex deviates”, setting off sensationalistic press coverage about the defection.

Internal NSA investigations held through 1963, however, determined that Martin and Mitchell were actually heterosexual – they found women the pair had dated that testified to their sexual orientation.  HUAC released the results of their hearings about the case in 1962, slamming NSA procedures for approving their security clearances even though there was evidence of their “homosexuality or other sexual abnormality”, atheism, and communist sympathies.

Later NSA analysis of the case picked up on the HUAC committee’s conclusions and a 1997 study, still in use for internal training by the Pentagon in 2007, still described the pair as “publicly known homosexuals” and still played up the supposed role of their sexuality for the motivations to defect.

Both Martin and Mitchell married women after settling down in the Soviet Union.  Martin took on the name “Vladimir Sokolodsky” and divorced in 1963.  He later expressed regrets about the defection and sought to come back to the US.  In 1979, after inquiring about repatriation at the US embassy, he was stripped of his citizenship and denied entry to the US.  He moved to Mexico and died there in 1979.

Mitchell married Galina Vladimirovna Yakovleva, a faculty member at the Leningrad Conservatory.  He died in 2001 and was buried in St. Petersburg and it was reported that he too had regretted the decision to defect in his later years.

Martin and Mitchell were just a small part of the so-called “Lavender Scare” that, starting in the 50s during the McCarthy hearings, targeted suspected homosexuals in government, industry, and academia as security risks, ripe for blackmail by communists.

In the case of Martin and Mitchell, it’s likely that their socializing with men known to be or suspected to be gay, along with a drive to find an easy explanation for what was a more complex personal decision, resulted in public condemnation of the pair as “sexual deviants”.

In addition to providing a glimpse into an obscure part of Ray’s life, the FBI file did have much value to my research, providing a list of aliases that were used by Ray – I tracked down Ray’s novel “Hookers” using searches on one of these aliases – and gave more information on Ray’s possible birthdate and place, in addition to the note about his sex change.

My belated thanks to Congressman Barney Frank who, I believe, got the ball rolling with getting the file finally released.  You can read Ray’s entire FBI file on a link on the Documents section of Research Materials section of the website.