This year, 2019, is the 70th anniversary of Ray Bourbon’s appearance at Carnegie Hall.

We’re still not sure about several aspects of this show.  In the 1950’s, Ray released an lp record, Don’t Call Me Madam, that included most of the routines performed during the revue and quoting some people who saw the show. 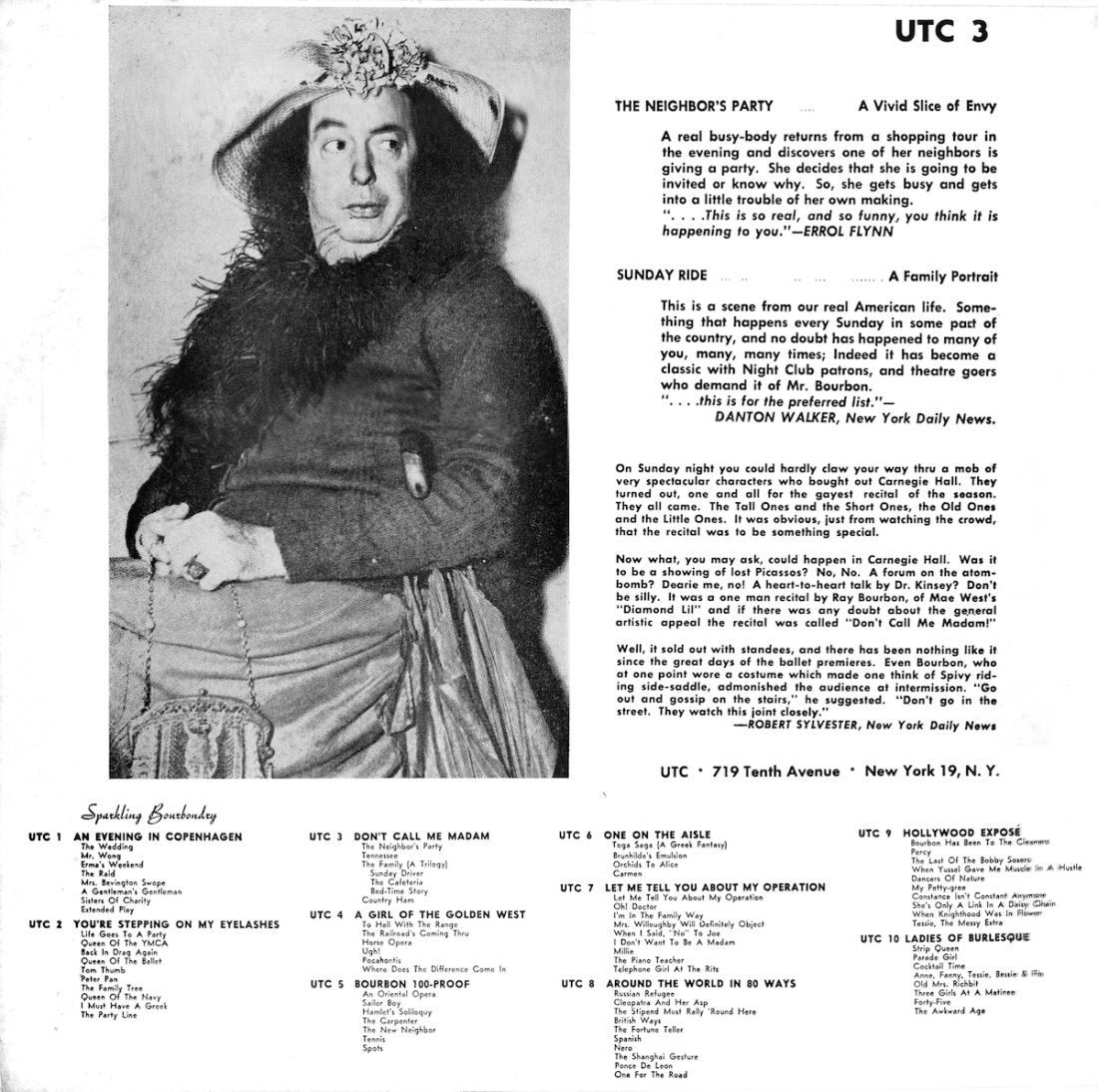 I contacted the Carnegie Hall archives to see if they had more information.  Rob Hudson, the Manager of the Archives, helpfully wrote back and said they have some photocopies of materials about the performances.  One was a November 25, 1949 announcement of the performance in the Carnegie Recital Hall, advertisements from his recordings, and a July 1985 article about Ray by Jim Newlin from Wavelength magazine.

Some years ago, when I obtained the original typewritten manuscript of Ray’s autobiography, there was also a small collection of photos and flyers that Ray had obtained from friends for use with the book – he had lost all of his memorabilia when he was arrested for the Blount murder in Texas.

In this collection was an original program for “Don’t Call Me Madam”.  The back had some kind of glue on it and had probably been in a scrapbook at some point.

Oddly, the flyer has the dates for the revue stamped inside – December 11, 13, 25, and January 1.  Perhaps the dates were planned, but didn’t work out or were changed to November instead.

You can click on the inside and outside of the program to examine it below. 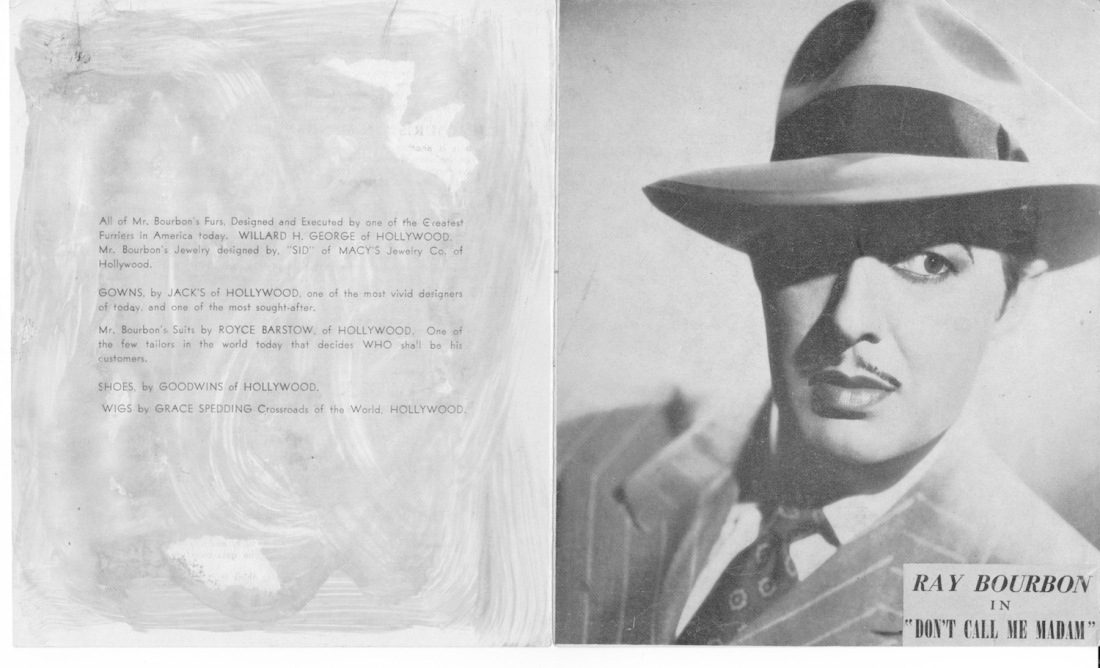 Don’t Call Me Madam was presented by Griffin P. Smith, Jr. and Leon J. Coley, Jr. and featured Barbara Staples as the accompanist.  I haven’t been able to find any concrete information on the people involved.

The program credits Willard H. George of Hollywood for “Mr Bourbon’s Furs”.  George designed and supplied furs to movie studios and stars from the 1920s to the 1950s, including actress Lucille Ball, Greta Garbo, and Rita Hayworth.

Ray performed a mix of character routines and pantomimes without dialogue.  “Sunday Ride”, “Three Girls at a Matinee”, and “The New Neighbor” were popular routines Ray performed many times during his career.  Based on the description in the program, I’m not sure if “The Wild Party” is a routine Ray recorded at some point.  It’s too bad we don’t have a filmed record of Ray performing any of his wordless pantomime routines.

As you celebrate the New Year, raise a glass to remember the anniversary one of the high points in Ray’s long and storied career.  Take a listen to Don’t Call Me Madam at archive.org and try to imagine what it might have been like to be in the audience with his fans and peers in the show business industry that night.